How a dominoes club from Belhar is helping to keep the youth away from crime, gangs 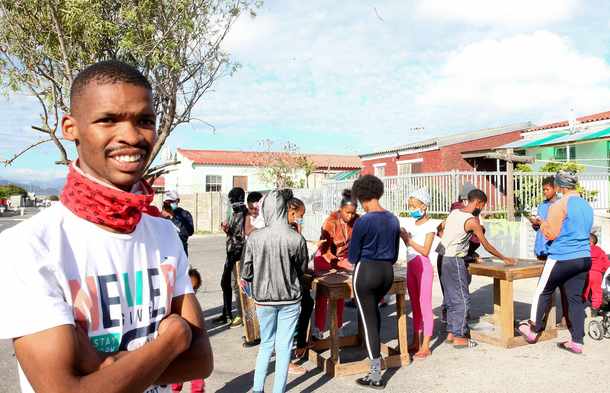 Cape Town – On a typical Friday afternoon, Da Gama Crescent in Belhar makes for an interesting sight. The streets are filled with a mixture of young and old people gathered around makeshift tables playing dominoes.

Da Gama Crescent, which has previously been in the news for criminal activities, such as when three rival gangs vandalised street lights to use the darkness to shoot at each other and rob residents, is the home of the Da Gama United Domino Club.

Using the dominoes club as an after school programme to keep young people from joining gangs is the brainchild of Kalib Missoe, 22. Missoe is the founder and director of a registered non-profit organisation and non-profit company called National Youth Development League.

The club is the legacy of his late grandfather who taught Missoe how to play and encouraged him to spread the love of the game to friends and neighbours in the street.

The club has since spread its wings and there are now nine offshoots in the surrounding areas of Ravensmead, Elsies River, Bonteheuwel, Uitsig and Bishop Lavis.

“I began this initiative some years ago, in 2015, after I had an accident playing rugby and was forced to change focus. as I could no longer play rugby.

“I took over and ran the Da Gama United Domino Club based in Belhar after its founder, my grandfather, Johnny August died. The membership of the club ranges from 10 years old to senior citizens aged 60+.

“What drove me is that I saw how there were absolutely no after school projects, programmes, activities or projects specifically aimed at young people happening in our area. This led to many youth to go into gangsterism, crime etc.

“Every Sunday, starting at 1pm, we have league games where the various clubs play against one another until 6pm.

“Meanwhile, every day our members of the Da Gama United Domino Club have a practice session for the Sunday league games. Practices take place after school hours and are a way to keep the young people from the streets where they might be tempted to join gangs and participate in criminal activities.

“I get the youth to participate by motivating them to join to keep them busy. I also get them to recruit new members into the club. We work mainly with youth groups and church groups but all other groups are welcome.”

You can find this article at: https://www.iol.co.za